Founded in 1960, ASN Bank is committed to fostering environmental and social sustainability, and to helping create a world that is safe and healthy for people to live in, and where the environment is respected. It thus invests in and helps finance, affordable housing, water management, education, public transport, sustainable energy, healthcare.

Coming up with a way to measure the biodiversity footprint of any activity is complex and time-consuming. Moreover, banks generally do not have the environmental data or the technical expertise required to measure the impacts involved. They have data only about their investments and spending,  at a low level of granularity—only for the industries in which investments are made, and not at the level of detail required for this exercise. ASN Bank asked PRé and fellow sustainability consultancy CREM to develop a method to measure, the biodiversity footprint of its loans and investments. It also asked PRé’s advice on how to apply the insights gained from the footprint to reduce the impacts in the future, with the aim of preventing any further loss of biodiversity, and to achieve a net gain in biodiversity, by 2030.

Based on interviews and discussions it had with experts, policy-makers, and stakeholders, PRé came up with a way to measure ASN Bank’s biodiversity footprint, in part by using an environmentally extended input-output (EEIO) database such as Exiobase. The database can be used to quantify the environmental impact of a product or service whose value is expressed only in terms of monetary flows.

The next step, then, was to translate all ASN Bank’s investments and loans into monetary flows in Exiobase. The ReCiPe method, adapted for biodiversity, was then used to calculate, in hectares, the impact of environmental pressures on biodiversity. Exiobase and ReCiPe were thus used together to determine the bank’s biodiversity footprint. 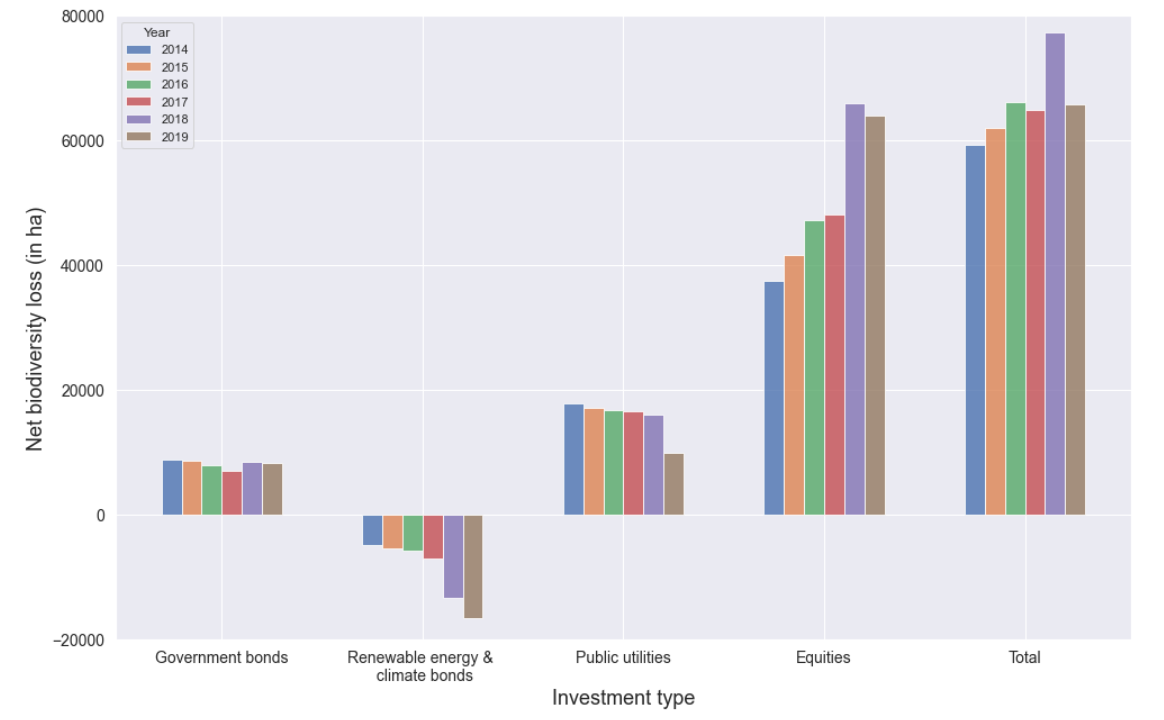 Trends in biodiversity footprint of ASN bank over the years

The investments ASN Bank makes can be broadly divided into government bonds, renewable-energy projects and climate bonds, mortgages and residential construction projects, public utilities (health and welfare, railways, and so on) and stocks  (in publicly traded companies). Of all the loans and investments ASN Bank makes, it is its investments in stocks that cause the greatest losses in biodiversity. The greatest losses occurred in 2018 because of increased investments in stocks. Since then, however, ASN Bank has invested more heavily in companies whose biodiversity footprint is smaller, and it has increased its investments in renewable energy projects. With these changes, ASN Bank is on its way to contributing to a net gain in biodiversity by 2030. 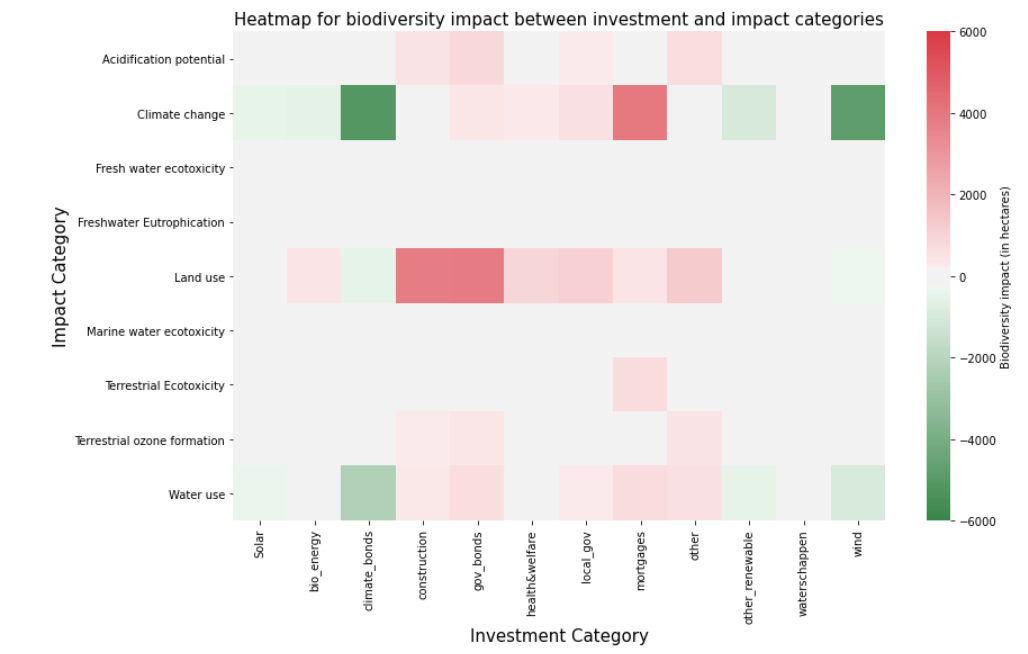 We have had the pleasure of working with PRé for five years now. We want to achieve our goal to realise an overall net positive impact on Biodiversity by 2030. PRé provides us with robust, high quality, science based information that allows us to take the right steps towards our goal. PRé is helping us to further disseminate the wealth of knowledge we have gained on biodiversity to other financial institutions as well. PRé has an open and collaborative spirit, which makes it a true pleasure to work with their team.

Ready to step up to the next great sustainability challenge?

Learn more about how our team can support you with biodiversity assessment of products, organizations or investments.

Would you like to work together to increase your organization’s positive impact?